Because I still have no idea what I’m really doing as far as managing this blog (it is pure luck I found the right button to publish anything so far) I pressed a magic button and it took me to a blog post that has a huge picture of Denise Richards.  My first thought was, “I like looking at Denise Richards” followed by “Maybe she has something semi-intelligent to say.”  OK, that was not my second thought but it occured to me at some point.  Probably.  Well, I was wrong.  As with so many celebrities who insist on speaking publicly, with the exception of Jack Bauer, it was time misspent on my part listening to her.  I realize she is not an exercise professional, nor ever claimed to be, but I would hope she would at least hire somebody who knew what they were talking about. 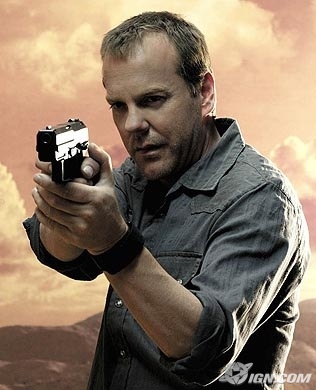 In the post Denise Richards mentions how great Pilates was at “lengthening” her muscle.  BZZZZ.  Wrong.  It is impossible to lengthen the muscle.  The muscle does not attach to the bone but to tendons which in turn attach to the bone.   The “length” of one’s muscle is genetically pre-determined and short of tearing a tendon and having it re-attached at a different site, there is nothing you can do about it.  You do not make muscles longer.  Period.

I’m not saying I hate Pilates.  I actually like the concept it promotes of breathing awareness and postural awareness and the low impact it requires making it far more user friendly.  However, beyond a total beginner to fitness and fat loss, I don’t see the correlation to fat loss.  Let’s see, checklist for fat loss;

Metabolic disturbance – Minimal.  A cool little calculator I found for Pilates says that for a mat based session of one hour for a 150 lb individual would cost roughly 238 kcals.  Color me unimpressed, but props for the calculator.

Emphasis on nutrition – a google search provides nearly 2 million results (I did not read them all).  Result – mixed (although I am sure there is some great advice and some not-so-great advice as with everything on the internet).

Creating a caloric defecit – depends on caloric intake of the individual obviously, but with a low caloric cost and low EPOC it definitely creates a huge need for nutritional education and a severely decreased intake.  Result – Booooo for hypocaloric diets.

Do I think Pilates has a place?  Sure.  I like it for some clients as a low impact regenerative supplement to their regular fat loss program, but I think they can also get that elsewhere.  Overall I think it really depends on where you are at in your fitness journey.  If you are already where you want to be, then Pilates may serve as a good maintenence type activity, but if you are just beginning then a more “progressive” approach may be required (read: lifting heavy stuff is good for you and makes people, animals and Jason Bourne want to hang with you).

Yep, they should have left him alone.

In other news, I managed to drop pics of my two biggest man-crushes in one blog post.  And learned inserting pics is a lot easier than I thought it might be.  Be warned, this is the beginning.

This entry was posted in Programming. Bookmark the permalink.